Honda has unveiled a series of AI devices and transport concepts at this year’s Tokyo Motor Show, including a sports car that communicates with its driver, and a robot that can turn into an “impromptu cafe”.

For its offering at this year’s motor show, Honda president Takahiro Hachigo said the company’s aim was to focus its efforts on electric and autonomous technologies. 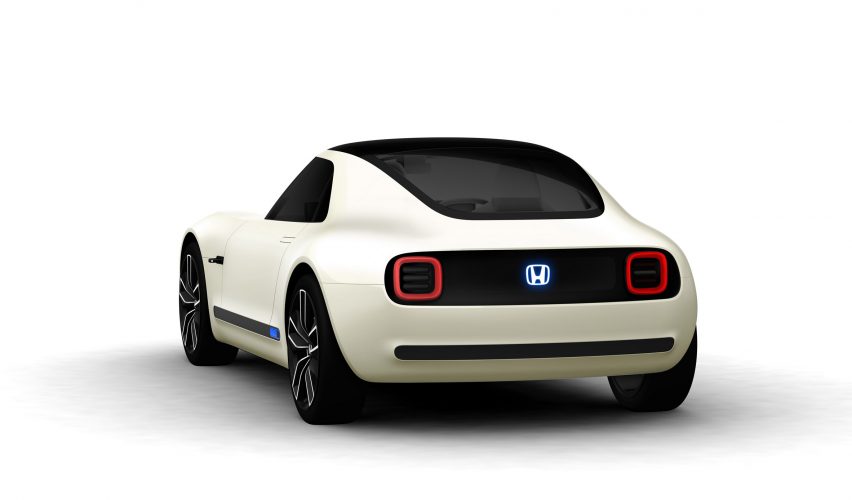 One of the concepts on show is a sports car, named Sports EV, which incorporates both electric and artificial intelligence technologies.

The “friendly” model takes its design cues from Honda’s earlier Urban EV concept, unveiled at Frankfurt Motor Show, and aims to create communication between the driver and car. RoboCas is complete with a driving function, an optional canopy, and storage space adaptive to different uses

But the company also revealed designs that extended beyond the field of cars, including the RoboCas – described by Honda as a “communication robot of the future”.

The electric mobility product has a compact body complete with a driving function, an optional canopy, and storage space adaptive to different uses.

“Its use is limited only by the imagination: open an impromptu cafe during the weekend, or a soup cafe or curry shop,” said Honda. 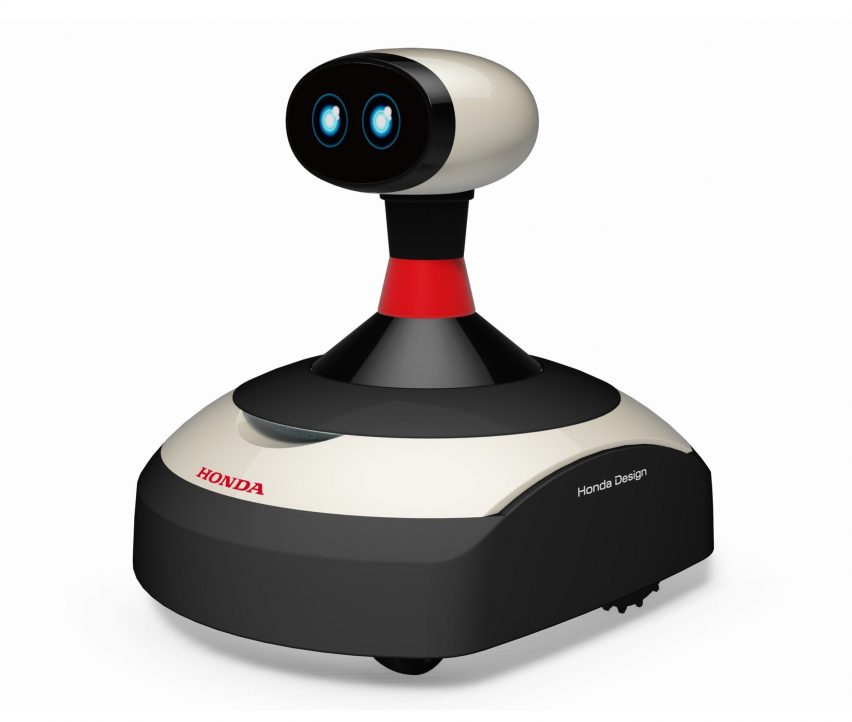 At a size of approximately 4.95 square metres, Honda’s Ie-Mobi concept is an all-electric vehicle that also functions as a small, mobile room.

Designed to connect the car and the home, the Ie-Mobi can also supply electricity to the home, as well as the home being able to charge the car. Honda’s Ie-Mobi concept is an all-electric vehicle that also functions as a small, mobile room

The company also presented a development on its electric, self-propelled robotic lawn mower Miimo, which is now AI-equipped.  This means the mower will now able to communicate with its user, with the vision of it becoming a “family pet”. 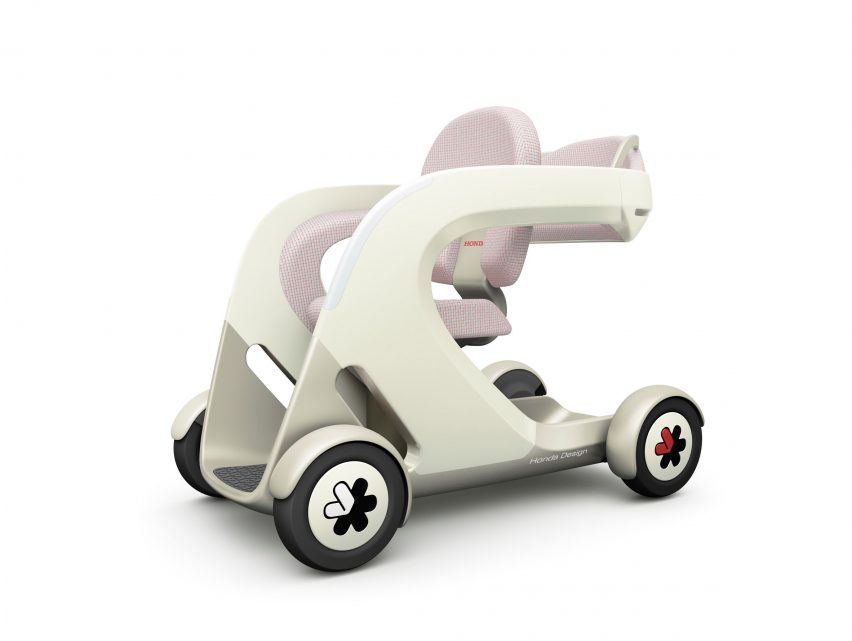 The Fure-Mobi concept focuses on human-to-human interaction, and encourages people to travel in pairs

The electric vehicle was designed to encourage people to move around together and has space for one occupant to sit, and the other to perch behind.

Lastly, the company showed its Chair-Mobi concept, which – in a similar way to self-balancing Segway’s – is designed to manoeuvre pedestrians at a quicker speed.